The Transformer Inspector tool has been developed by Morphis and belongs to the Transformer migration solutions' family. It has been conceived for the early stage of the migration process to produce statistical information for any Oracle Forms/Reports application.

The user must select the Oracle Forms version (6i, 9i, 10g or 12c), the codepage used when the Oracle modules were created, add the module(s) to analyze, the output directory to which the output data should be written and a name for the output statistics file. 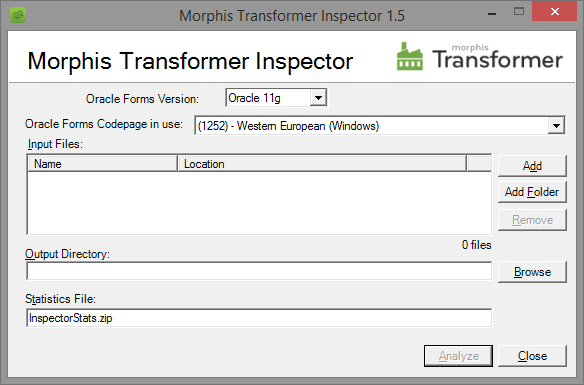 When using Transformer Inspector over Oracle Forms 6i an unpatched version of Oracle Forms Builder has to be used (Version 6.0.8.11.3)